Lay on the sands of Saltwick Bay is a number of shipwrecks. The wreck of the Von Tromp can still be seen today at low tide in Saltwick Bay. If you bear to the right, climb over a few rocks, and face the sea you should spot the remains of Admiral Von Tromp. 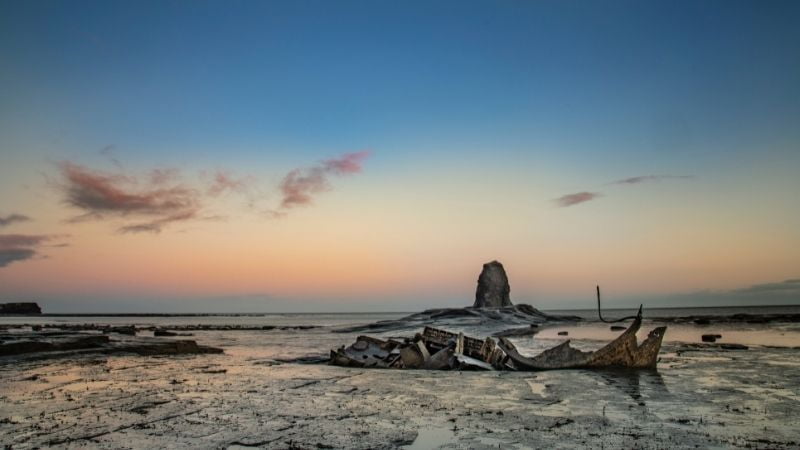 So now you're probably wondering how this ship became wrecked, however, it is still a mystery that will never be fully solved. Possibly the one person who could tell us the true tale, John Addison sadly died in the water as the ship sank.

Foundered October 30th, 1976. The original course was set at Barnacle Bay, 40 miles NNE of Scarborough but the trawler never got to its destination. The crew on board Admiral Von Tromp who survived were, Frankie Taal, Alan Marston, and Anthony Nicholson. Mr George Edward Eves and Mr John Addison both sadly drowned and John Addison's body was found on 25th October in Runswick Bay.

Frankie Taal set out a course for the Barnacle Bank fishing grounds. He went to check on John Addison, had a cup of coffee, and left Addison (a man experienced with the Wheel of a ship!) happily to get some sleep. Later Taal was woken up and could feel the ship bumping and heeling. He quickly realised that the boat was heeling over off Black Nab at Saltwick Bay. The skipper asked Addison bluntly “What the hell are you doing!” Addison bizarrely just looked back in complete silence.

Taal made sure that the crew all put on their lifejackets, moved stunned Addison out of the way so that he could send out a mayday, he then tried to anchor the boat. Taal tried everything he could to save the boat but it was too late as the vessel turned broadside and quickly began to fill with water.

The rescue was not easy, to say the least! The boat was heeling over so Taal ordered the crew to hang onto the starboard side until the sea became too dangerous and they head back into the wheelhouse which was slowly filling with water. Addison drowned and the rest of the crew's heads were nearly touching the roof after an hour they had to try to leave through an open window bravely Taal was last out. 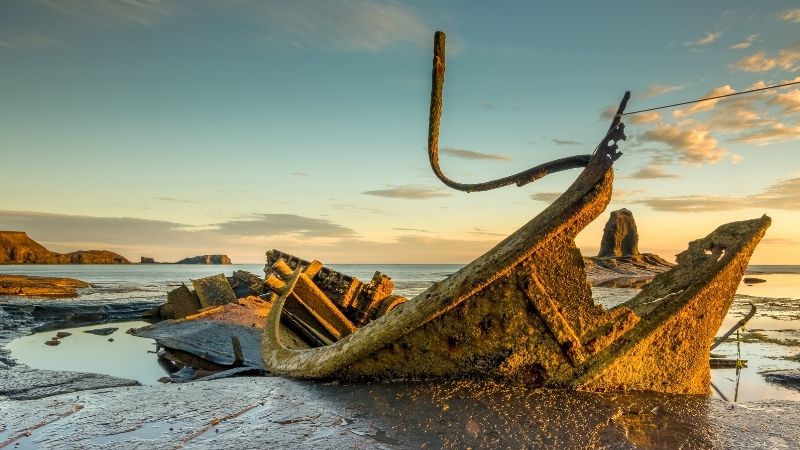 After leaving the wheelhouse there were even more problems, first, a huge wave knocked off George Eves who was on top of the wheelhouse and he drowned. Taal was also washed overboard but was saved by the inshore lifeboat. The other survivors washed ashore. This rescue shows how difficult it is to save lives even in the modern age. The Whitby Lifeboat tried to get near to them numerous times and failed because of fog and heavy seas.

The boat was found 90 degrees of course with no reason as to why. After extensive investigation, the weather was reported as being no problem, the crew members were not drunk, and if the boat was left to its own devices it should not have gone off course. From this, we can only expect that this was a deliberate act.

What do you believe happened on that fateful night? Let us know in the comments.