Robin Hood’s Bay has transformed itself from a fishing and smuggling haven into a tourist attraction. Even though its a small fishing village, there are plenty of things to do in Robin Hood’s Bay.

People come to “Bay Town,” as the locals call it, for a variety of reasons. First, many come so they can enjoy the landscape. People who are interested in the landscape can go to the Old Coastguard Station. This visitor and education centre has an exhibition room that explains how the bay’s natural landscape was formed.

In its early years, Robin Hood’s Bay was mainly known as a fishing and smuggling village. With steep cliffs lining both sides of the bay, smugglers were able to make their way into the fissure of land relatively easily. It’s believed that once the goods made it off the ships, they went into homes that were connected by cellars. Then, people were able to move the goods all around Robin Hoods Bay without detection. Even though the penalty for smuggling was hanging, the inhabitants of Robin Hood’s Bay marched on without fear, due in large part to the fact it was so difficult to detect their crimes.

Those who are interested in the landscape and natural beauty can visit the Falling Foss Waterfall & Tea Garden. You’ll find this inside of Sneaton Forest, just a short drive from Robin Hood’s Bay. You can walk around, and then relax and enjoy the waterfall and tea garden. If you love nature, you won’t want to miss this. 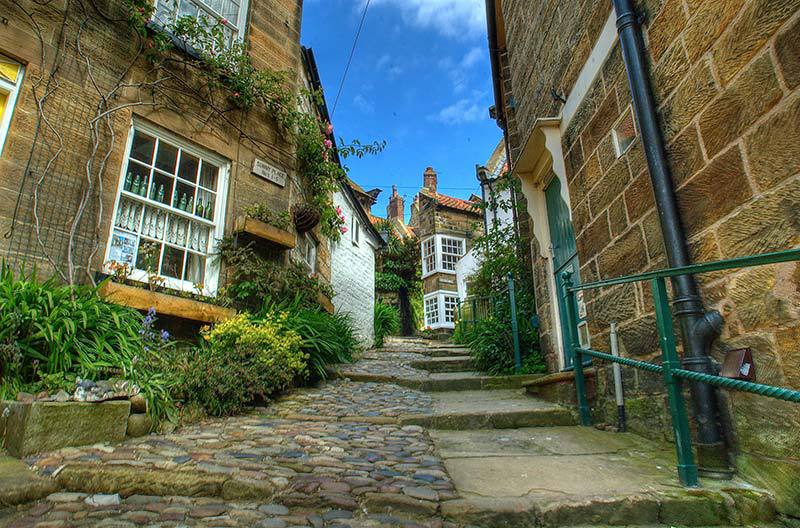 History is also a big draw in Robin Hood’s Bay. Those who love history can stop by Robin Hoods Bay Museum. There are fishing, shipping, history and geology displays. You can also learn about the shipwrecks that used to be a common occurrence in Robin Hood’s Bay. You can even see a replica of a smuggler’s house. This will give you a better idea of how people managed to smuggle goods from one home to the next. This is the perfect place to immerse yourself in local history and tradition. You will learn a thing or two, and you’ll have lots of fun in the process.

Old St Stephen’s Church is another big attraction for history buffs. The church, which was built in 1822, overlooks Robin Hood’s Bay. It has memorials to shipwreck victims and a model of the SS Pretoria. This is definitely an interesting place to visit. Be sure to go inside instead of just looking at the outside. The inside has a lot of original items, making it a feast for the eyes.

Others come just to Robin Hood’s Bay have fun. Those travelers tend to hit Robin Hood’s Bay Beach. The beach is perfect for boating and surfing, and is surrounded by bars. It’s a great place to go if you feel like cutting lose for a bit, or if you just want to grab a drink and watch the waves come up to the shore. Either way, you’re in for a real treat.

People also like to do some shopping while in Robin Hood’s Bay. There are gift shops, antique stores, bookshops and more. People can wander from one shop to the next, all the while taking in the breathtaking views that Robin Hood’s Bay has to offer. Then, when they finish shopping, they can stop in one of the restaurants for a bite to eat and a drink before they move on to the next adventure.

These are just some of the things to do in Robin Hoods Bay. The bay is a great place for kicking back and relaxing, just as it’s a great place for taking in some history. Thus, if you like nature, history and beauty, it just makes sense to stop at “Bay Town” and take it all in.

Top things to do in Robin Hood’s Bay

Located right on the edge of the sea at Robin Hood’s Bay the Old Coastguards Station is a dream for anyone who would like to explore and learn about what makes this part of the Yorkshire coast special. They have hands-on models, fascinating displays, and a plethora of history.

All about life ‘at the edge’ on this coast with its distinctive geology, the Old Coastguards Station will reveal the secrets of living, working, and surviving where the land meets the sea. You can have fun generating wind power, making waves, and learning about the natural processes that shape this fine coast.

For the kids and big kids visiting the centre, there is a rock pool with spot shore crabs, hermit crabs, blennies, winkles, sea anemones, prawns, and other sea creatures for you to explore. Regular talks on the creatures in the rock pool and other interesting topics are held here too.

St Stephens Church has stood on the hillside looking out to the North Sea since 1821. It is a majestic looking building, though severe, and is well worth a visit.

Outside the church itself, there are windswept gravestones huddling together tightly around the church walls. Some remember tragedies, strangers who drowned on this coast. Whilst others record locals whose lives were cruelly taken by the sea. They are a harsh reminder of the power of the North Sea and its ability to be cruel.

Inside, St Stephens is much prettier with its painted box pews, full-length gallery, and three-decker pulpit designed for preaching. The sea, however, is a recurring theme throughout with memorials to the shipwrecked all around. There is also a touching display of a maiden’s garland that would have been used in a young and chaste woman’s funeral procession. These are rare and make the visit to Old St Stephens worth it alone.

If you fancy a little walking or cycling the Cinder Track which runs from Mount Pleasant North to Whitby is ideal. It is a 7.38-mile journey with breathtaking views that will take you approximately 3 hours to walk. Be aware this path can be uneven at times and may not be suitable for prams.

Running along a disused railway path with some relics such as bridges and sleepers the Cinder Path offers sea and country views to die for. The highlight, however, of this delightful walk has to be the Larpool Viaduct. This is a grade two listed structure with thirteen arches and being built of brick. It was built by John Waddell and spans the River Esk.

Converted from an old cottage by Rev Cooper in 1891 the Robin Hood’s Bay Museum has only three rooms but what a three rooms they are! Each one is crammed with local history, artifacts, and information about this wonderful town, and will keep you entertained for some time.

In the old coroner’s room, there are displays about fishing and shipping including the many shipwrecks that took place here. Artifacts include items from the last lifeboat stationed in Robin Hood’s Bay and models of sailing ships associated with the area.

The second room is all about the smuggling and contains details of those involved which may surprise you, and the items that they smuggled. Whilst you’re in this room you should check out the fisherman’s wife and see if you can discover what she’s hiding!

Finally, in the old mortuary, you will find everything you could wish to know about life in and around the village over the centuries. It is entitled ‘cradle to grave’ and is full of fascinating pictures, information, and displays.

Situated at the Southern end of Robin Hood’s Bay, Boggle Hole is a site of special scientific interest (SSSI) due to the fantastic fossils that are found there. It is best to fossil hunt there in the winter when fabulous ammonite can be found but there is nothing to stop you hunting all year long.

The name Boggle Hole comes from a local name for a mischievous hobgoblin that was thought to have dwelled in the caves at the site where smugglers used to land their contraband. Check for tide times before trying to explore the caves or fossil hunt here.

Boggle Hole can be reached at low tide along the beach (for approximately 3 hours either side of high tide). Boggle Hole is not accessible via the beach or by the cliff path at other times.

If you like tales of the supernatural and the strange then the Robin Hood’s Bay Ghost Walk is probably right up your alley and should not be missed. It is spooky, captivating, and will take you on a journey through the streets talking all things mysterious and weird.

Ghosts are not the only thing, however, on the ghost walk agenda, as this unique tour also tells tales of shipwrecks, local folklore, and smuggling as well as spirits. The tours are suitable for all ages and run most nights through the week. 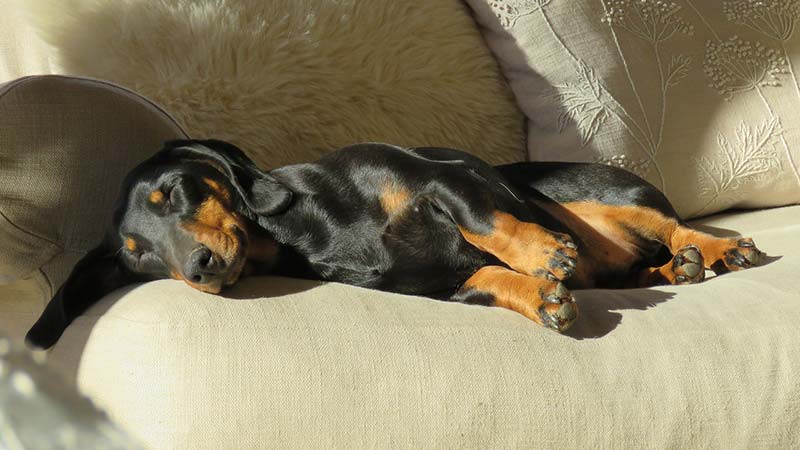 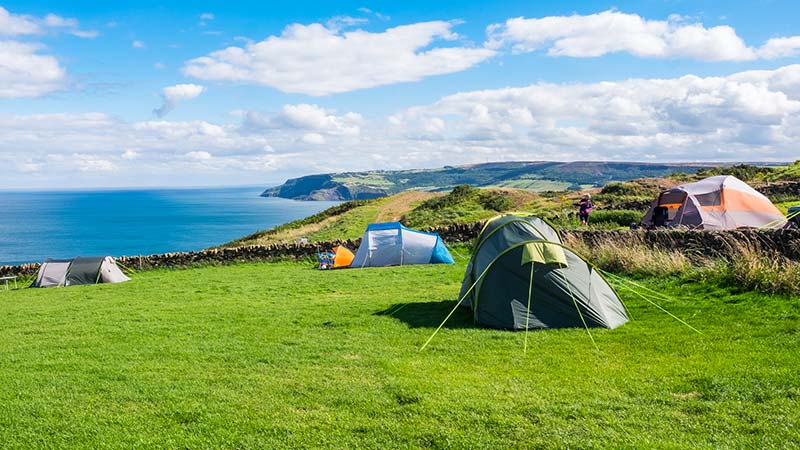