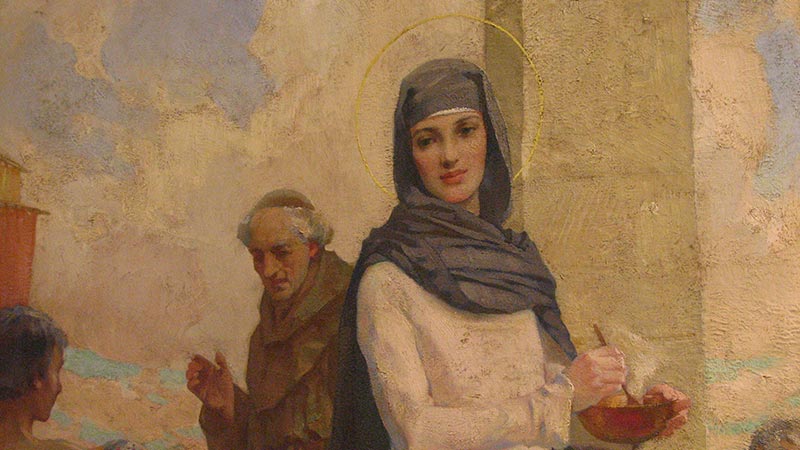 When visiting Whitby you will notice the name Saint Hilda dotted around, but who was this famous saint? and what were her connections to Whitby?

St Hilda of Whitby, or Hild, (the correct Anglo Saxon name meaning battle), was born in 614AD into the Royal house of Northumbria. St Hilda of Whitby was a Christian saint and the founding abbess of the monastery at Whitby in 657 AD, which was chosen as the venue for the Synod of Whitby.

At the time, Whitby Abbey was a double monastery and was the place of worship of monks and nuns, though they would have had separate quarters to live in.

Thanks to St Hilda, Whitby Abbey became one of the most influential religious houses and centre for education in the country. Under Hilda's careful guidance many great names of the early Church were established at Whitby; John of Beverley, the bishop of Hexham, and Wilfred, the great bishop of York, of whom were canonised. Hilda became famous for her steady hand and great wisdom. Kings and Princes consulted her on all manner of things. It is said that Hilda steered a steady ship, provide nurture for the local community around the Abbey.

Most of what we know about St Hilda’s life comes from the famous 8th-century historian and Benedictine monk Bede. Bede is widely regarded as one of the greatest Anglo-Saxon scholars and his works are some of the key sources we have for the arrival of Christianity in Britain.

Bede describes Hilda as a mother figure, he says; “All who knew her called her mother because of her outstanding devotion and grace”. He refers to her as an energetic woman and a skilled teacher. It was said that St Hilda was extremely kind-hearted and kind to all different types of people. As was the Celtic tradition, Hilda's life was actually remembered in song including a verse that speaks of ‘birds dipping their wings to St Hilda as they fly over the Abbey'.

Hilda was struck with an awful fever during the last seven years of her life but despite this, she continued to work right up until her death on 17 November 680 AD. St Hilda passed away in 680 having served for a total of twenty-two years. St Hilda's Day is celebrated in mid-November. It is said that Begu a nun, claimed to have even seen St Hilda’s soul leave her body and depart for heaven.

There is a local legend that mentions a plague of snakes which Hilda turned into stone, which is supposed to explain curled snake-like ammonite fossils on the shoreline; heads were carved onto these ammonite fossils as an honour to this legend.

The ammonite genus Hildoceras takes its scientific name from St. Hilda. It was common for local artists to carve snakes' heads onto ammonites and sell them. The coat of arms of nearby Whitby proudly wears three of these ammonites with snakes' heads, and depictions of ammonites can also be found in the shield of the University of Durham's College of St Hild and St Bede.

You can learn more about St Hilda in Ray Simpson's popular book Hilda of Whitby: A spirituality for now.

You can get buy the book from Amazon in a paperback format for £7.99

Hilda of Whitby: A spirituality for now
£8.99
Buy on Amazon

When you visit Whitby why not visit St Mary’s Church where you will get a stunning view of the town and think about the influential abbess?