High up on the North Yorkshire Coast lies the rugged charm of Saltwick Bay. Hidden from view, hard to find by motorcar and with a steep walk down, this beautiful craggy shore is one of the few place in the UK and in my opinion the most dramatically picturesque, to witness the sun rise from the sea, then 12 hours later, watch it return to the icy waters like a cosmic magic trick performed in slow motion. For just few brief weeks each year this stunning spectacle occurs daily to enchant those lucky enough be present at sun up and sun down.

Last year I was lucky enough to visit Saltwick Bay (pronounced Salt’ick by locals) for the summer solstice with my friend, Louise. We drove up from Stafford on the previous evening to arrive at the coast in readiness for the 4am sunrise. That night we took the opportunity to capture a few shots of the iconic Whitby abbey by night. The dark outline of the immense Benedictine monastery stark against the bright candescence of the summer sky was a generous reward for the four hour drive north. Beneath the Abbey down the 199 Steps, Whitby town glowed orange and white as the lights of the harbour front bars twinkled in the blackness of the port bound North Sea.

There is a trick to catching the early morning light – be prepared and have a flask of hot tea and a tasty treat in your pocket – our alarm sounded at 4am with a quick scramble out of the van and into the brisk coastal wind assured a wide eyed state of uber alertness for the walk down to the beach. As we arrived at the top of the cliff a mum and daughter pulled up fresh from their drive from York. We walked down the steep steps along the rocky path down to the beach and were surprised to find another couple sat wrapped in blankets bleary eyed from a chilly night under the stars. The fact that six people made the effort to get out on to the sand to mark the beginning of the longest day was in my opinion a wonderful thing but given that Country File have billed Saltwick Bay as their number one pick for summer solstice, also quite sad that more folks hadn’t found the time to make this important pilgrimage. Compared with say, Stonehenge, six pagans felt a little bit sparse. 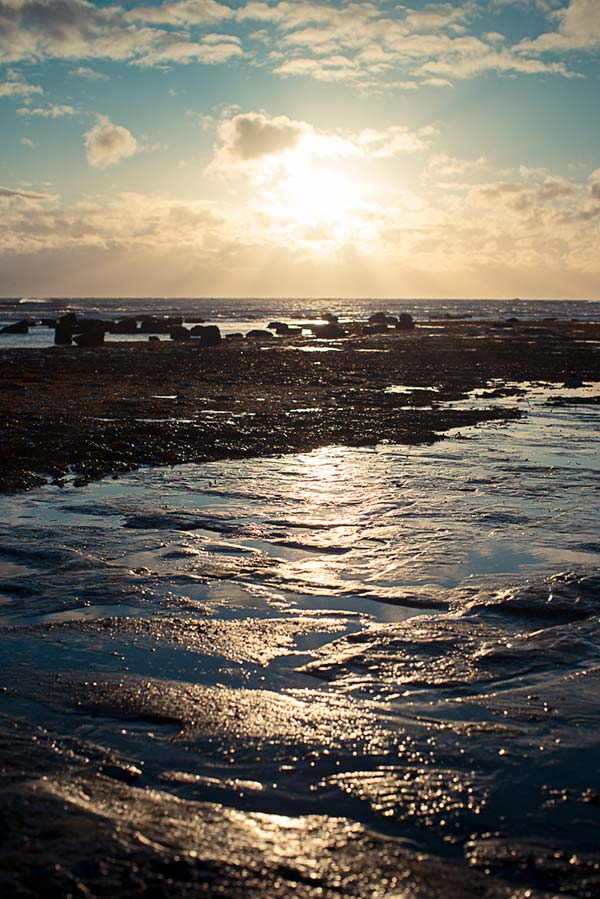 The sun rose quickly, breaking cloud cover as it climbed out of the misty dawn towards a crisp blue sky, beaming golden orange rays down onto the freezing earth, warming faces and seas alike. We stood awed by the serenity of the moment. It’s rare to find oneself in such situations as this and it called for silent wonderment as the colour and shape of the world returned for it’s longest day. Saltwick Nab revealed itself in the morning light with a shadowy silhouette turning more solid as the sun reached greater heights. As the tide swept out the young couple under the blanket braved the rock pools took an expedition beyond the Nab underfoot. 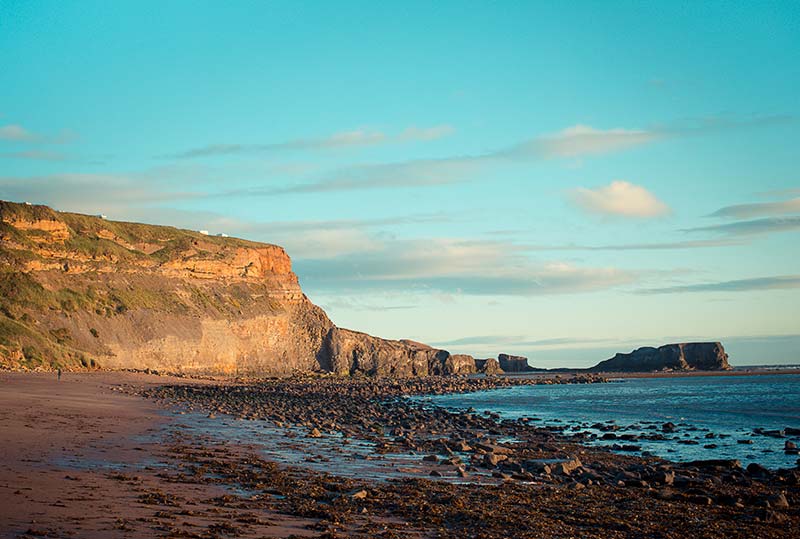 While the sun made its steady ascent attention turned to breakfast. A delicious picnic lay atop the cliff in the van so we said a few parting words to those gathered and struck out to climb the crumbling steps back to the relative warmth and shelter for an impromptu feast. Fruit, muesli and yoghurt never tasted so good! How comforting is a hot drink to cold hands and a hungry belly after an early morning march? Very. 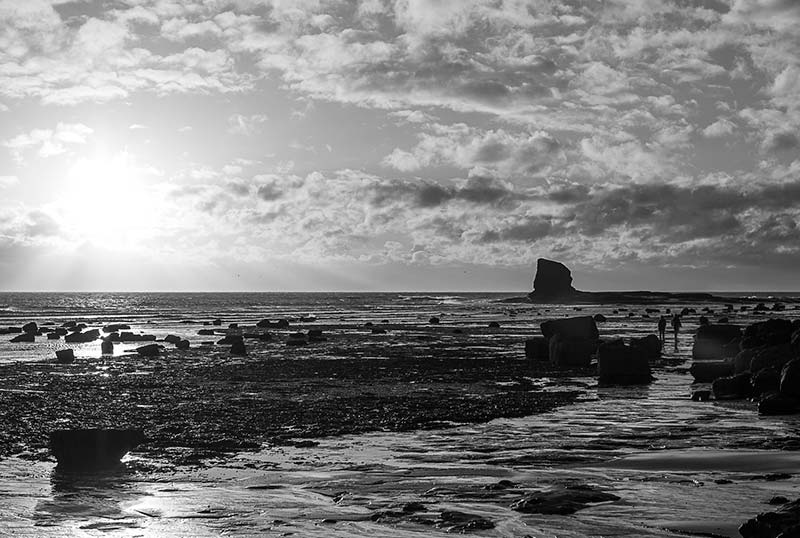 Saltwick Bay is known for its impressive hoarding of fossilised ammonites and occasionally for high quality jet, drawing avid hunters from across the regions in search of ancient remains and black gold. We actually spent a couple hours rummaging around on the beach smashing the slate-like shale stones against tougher rocks to ‘open’ them up to see if there were fossils to be found, like opening a jurassic kinder egg. On this occasion we discovered a couple of shell like ammonites and pointy pencil like belemnites embedded in the rock. We felt like Jeff Goldblum in Jurassic Park. During low tide it’s possible to follow the bay into Whitby and it’s likely that you’ll encounter the wreck of the MV Creteblock and the SS Rohilla. Check the tide times before committing to this adventure – it’s all too easy to get caught out when the tide rushes in.

Later, we walked into town, across the cliff tops along the Cleveland Way, down the 199 Steps, to enjoy a day in Whitby. Fish and chips on the beach and a stroll around the West Cliff were top of the bill as was a visit to Deb at Whitby Wholefoods. It’s easy to pass the time in a town like Whitby. 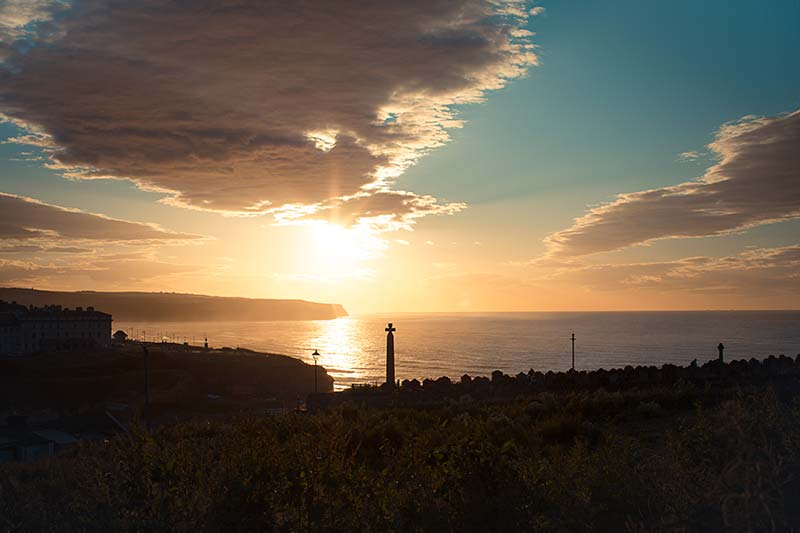 There’s so much to see and so many things to do. Our final mission for the day was to enjoy the slow descent of the sun as it dropped in to the sea like a giant yellow coin falling into a jar. Perched above Henrietta Street we basked in the glorious evening glow with a long line of keen photographers and Instagrammers hopeful of capturing the decisive moment when the sun touches the North Sea and begins its slide into a new day on a new continent.

3 thoughts on “Summer Solstice At Saltwick Bay; See The Sun Rise And Set In To The Sea” 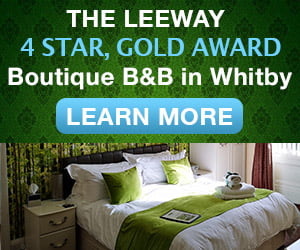