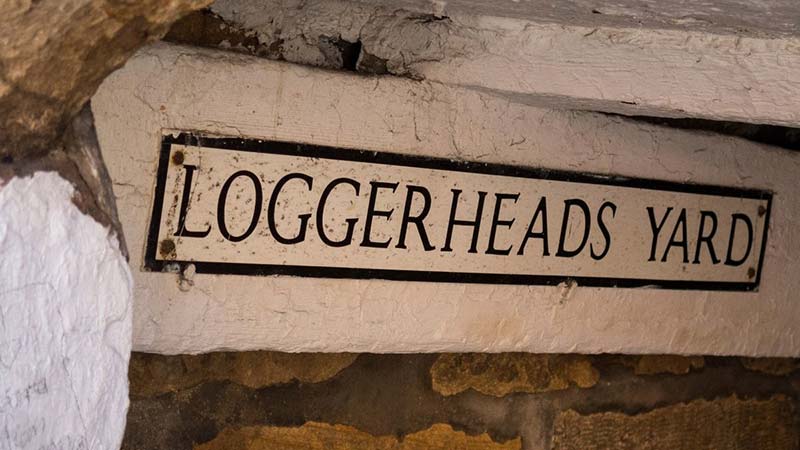 When walking through Whitby off the high street you will notice plenty of these passages known as yards, such as Arguments Yard, Sanders Yard, Kiln Yard. Today more than 80 yards exist, out of over 100 original examples.

These Whitby yards, alleyways and ‘ghauts’ as they are known locally are the spaces between tiers of houses that were built back to back into the cliffs in Whitby to house fishing families. In times past the yards of Whitby were often overcrowded areas with as many as 30 or 40 families living in abject poverty. Some were demolished during the 20th century. 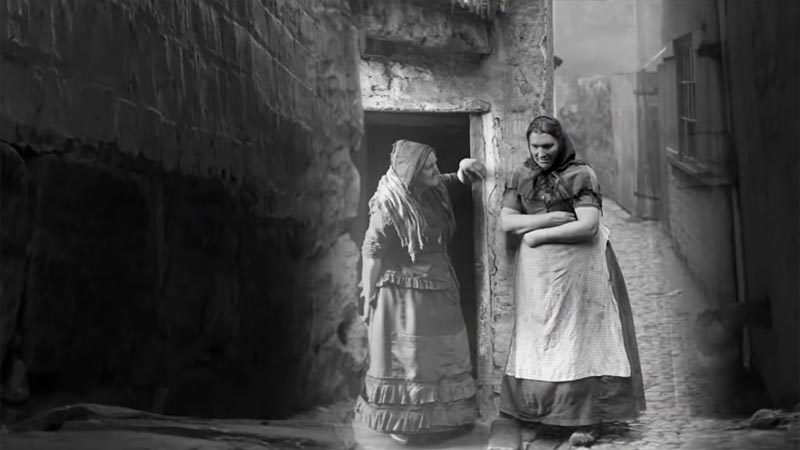 The small housing would have felt very crowded and the yards essentially would have become an extension of the family homes, families were large and housing was small. Children would bath outside in tin baths and tip their bathwater down the drain. Whitby, a busy Whaling port at the time, would have been busy with fishermen and families. At a time when the Whaling industry was in full swing life in the yards was tough, unsanitary and very difficult.

This is probably one of the most well-known yards in Whitby. Lots of visitors like to have a photo under the Arguments Yard sign! At one time there were two yards of the same name, from the family name Argument. The yard off Church Street still remains today. The other, off the Cragg, was demolished in 1956-60.

This yard is located just off Haggersgate at one point there were nine of these in Whitby. It was the home of famous Whitby lifeboat coxswain Henry Freeman who was the only survivor of a lifeboat disaster in February 1861.

The yards of Whitby today have been completely transformed. Houses here are well kept and some have even transformed the space where some houses have been knocked down over the years into gardens. They are a beautiful reminder of the history of Whitby.

Some of them are secret short-cuts from one street to another and are open to inquisitive visitors however others are privately owned and occupied. You can still respectfully catch a glimpse of what this small port must have been like 200 or so years ago.

Here is a clip from the BBC TV program ‘Secret Britain‘ which featured the famous “Yards of Whitby”. This behind the scenes look at some of Whitby's oldest yards gives us an insight into what it was like to live in Whitby in years gone by.

Want to learn more about the Yards of Whitby? 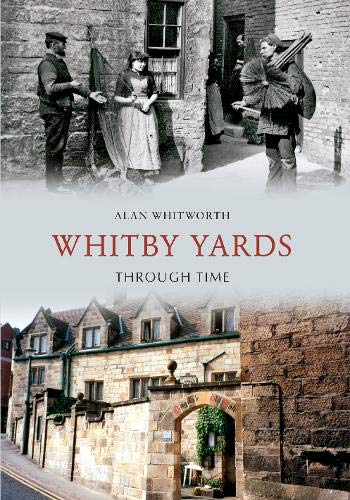 Step back in time with Alan Whitworth as he dives deeper into these historic yards in his book “Whitby Yards Through Time”.

This book is available as a paperback and can be purchased directly from Amazon here.

3 thoughts on “Yards Of Whitby, Learn About The History Of Whitby Yards”